How To Beat Portable Restroom Odors In The Extreme Heat

Besides the inevitability of death and taxes, two other certainties in life are extreme cold and heat, depending on the time of year and where one calls home. As far as bad odors are concerned, they never do hibernate, but in warmer months they are much more intense because bacteria thrive in warmer, humid climes, which is good news for them and bad news for our noses.

Summer portends those long-awaited warm days of fun and adventure in the great outdoors, but that old proverbial conflict between good versus evil, bad stuff, in the form of bacteria of all kinds, lurk in our every day environment, prepared to ruin the good times of the uninformed if they don’t take heed. This is particularly true in enclosed spaces such as portable toilets, where warmth and humidity provide a ‘love nest’ for many types of bacterial growth, some of which are toxic to human health.

Relevant Studies and Statistics About Bacteria And Summer Heat

A new initiative clearly suggests that the dog days of summer may well be the primary season for bacterial infection, although it is not clear exactly why this is the case. Scientist, Dr. Eli N. Perencevich, associate professor of epidemiology and preventive medicine at the University of Maryland School of Medicine, and researchers from the University of Florida and the Research Institute of the Hospital for Sick Children in Toronto conducted this study, the findings of which were published in the professional journal, Infection Control and Hospital Epidemiology.

Researchers discovered that serious infections caused by gram-negative bacteria (molecules in which no bacteria are present) could rise as much as 17% with every 10-degree increase in seasonal temperature. Study results were based on seven years of data gleaned from infections reported in a Baltimore hospital. They clearly suggest that the incidence of bacteria-driven illnesses might be up as much as 46% higher in summer than during the colder months of the year.

The study examined diverse infections caused by several gram-negative bacteria, including E. coli, Pseudomonas aeruginosa, E. cloacae, and Acinetobacter baumannii.They discovered that the greatest increases in infection due to higher temperatures were found with P. aeruginosa, a common cause of ear, urinary tract and lung infections; and A. baumannii, a powerful and destructive pathogen that can cause death and serious illnesses, particularly in people with compromised immune systems.

According to Jessina McGregor, assistant professor in the College of Pharmacy at Oregon State University: “Gram-negative bacteria are a frequent cause of urinary tract, gastrointestinal and respiratory infections, as well as more serious things like pneumonia, wound or blood infections. Everyone knows there is a seasonality to some viral infections such as influenza or the common cold, but we’re now finding that some of these bacterial infections peak in the heat of summer.”

Researchers believe that recognition of seasonal trends may well improve disease diagnosis, prompt treatments and more effective preventive care. The study also suggested that the link between bacterial infections and heat should also be evaluated in terms of many other potential impacts of global climate change.

Bacteria That Thrive In Portable Restrooms

The pathogens that live inside portable toilets have the capacity to make humans very sick. According to Charles Gerba, Ph.D, a microbiologist and professor at the University of Arizona: “Portable restrooms are hotbeds of bacteria and viruses that occur in infected human waste.”  The following are some of the worst.

Norovirus is also known as the stomach flu or food poisoning. It brings symptoms like diarrhea, nausea, vomiting, and stomach pain and they usually occur with 12 hours after contracting the virus. This bacterium usually passes through the human body within a few days. Dehydration is common and treatment should always include drinking plenty of water, which serves to both replenish lost liquids and electrolytes.

Salmonella is often contracted via the consumption of undercooked meat, poultry or eggs, but it can also occur through the cross-contamination of surfaces by those who do not wash their hands after using the bathroom. Symptoms can occur after 8 hours of contracting the virus and include: diarrhea, vomiting, stomach pain, fever, and headache. These conditions can last anywhere between 4 to 7 days.

According to Medicine Plus: “Shigellosis is another bacterial infection that is even more serious than the others with symptomslike sudden cramping, fever, and bloody stool, plus nausea, vomiting, and diarrhea.” This infection is most unpleasant and causes rectal pain (more than one would even wish on a human who may perfectly fit the category of being a pain in the ass).

This viral liver disease for which vaccinations are available, is highly contagious and can be very dangerous to human health and well-being. It is commonly found in communal locations such as public toilets where the release of bodily fluids (and solids) occurs. Hepatitis A is spread through the fecal/oral route and a thorough washing of hands can help to prevent its spread. To add to its power, this contagion can remain totally asymptomatic for 15 to 50 days, at which point a fever might ensue. According to the Immunization Action Coalition, symptoms can last for up to six months and include: feeling tired or nauseous, stomach pains, dark urine, and jaundice (yellow skin and eyes).

This airborne respiratory virus can be found anywhere people frequent, which includes public bathrooms and portable toilets. According to data amassed by the Center for Disease Control, influenza can cause body chills, muscle aches, cough, sore throat, fever, and headaches. A fever can last up to three or four days, and general exhaustion for up to three weeks.

Some Important Precautions To Consider

Surco can improve the situation by providing professional help with our odor control portable toilet products. Until the cavalry arrives to save the day, public toilet users can incorporate some precautions. For one thing, everyone should wash their hands properly at the bathroom sink and liberally use hand sanitizers. This will provide a little insurance in containing bacteria. Hands should also be sanitized before eating because transferring pathogens from fingers to the mouth becomes an easy bridge for bacteria to cross.

Never place bags on the floor when using either a public or portable toilet. Wetness serves as a welcome mat for bacteria seeking a new place to dwell. Even a floor that is dry can harbor pathogens. Another no-no is to remember to pay attention to shoe soles when seated. When leaving a portable toilet, it is very likely that shoe soles will transport pathogens to wherever the user is headed next.

While a patient and competent layperson may succeed in winning a small skirmish against summer odors in portable toilets armed with generic odor-fighters, the enemy remains at large because the war against bacteria never ends. The ultimate victorious solution to beating the summer heat and keeping portable toilets fresh-smelling and clean lies in the use of our superior odor control products in general and Potty Fresh Plus Summer Plus in particular.

This powerful product is the industry’s gold standard, and it is considered the most potent liquid portable toilet deodorant concentrate on the market today. Created specifically for extreme summer heat, Potty Fresh Plus Summer Plus provides the quintessence of total odor control.

Potty Fresh Plus Summer Plus XL And Other Surco Products

This non-formaldehyde deodorant contains no formaldehyde and kills odors so dead that there is no hope for either prayer or resurrection. Its highly effective fragrances not only act as odor destroyers, but also serve to freshen the surrounding air. Its deep blue, non-staining dye hides waste, paper and debris. Its most potent combatant against odor-causing molecules in portable toilets and surrounding air is its powerhouse additive known as Metazene®.

More On The Malodorous Neutralizing Power Of Metazene

Metazene® was first developed back in the late 1940s, but today it more properly represents the nobler mission surrounding the manufacture and use of modern deodorizers, which are linked to our general health, environment and level of consumer satisfaction. This colorless, liquid additive controls malodors on a molecular level without masking them, and it is this factor that differentiates Metazene from others of its ilk.

Surco and its mother company, Alpha Aromatics, created this incredibly effective and environmentally safe odor neutralizer. Used in as vast array of deodorizing products, it works by chemically bonding with malodorous molecules, which alters their electron patterns and cancels their properties via hydrogen bonding, atom formation (adsorption) and encapsulation. The process of neutralization overpowers malodors because very low vapor pressure forces the heavier molecules to sink and evaporate over time. Learn more about the science behind Metazene’s strength.

So if portable toilets, septic pumping or waste removal are your business, stay ahead of the odor control game before the summer hearts strikes, and check out our many effective odor control products. We have been innovating and improving our diverse product line since our inception in 1948 and there is no environmental odor control or odor management issue we cannot address.

Don’t waste any more time. Call us today for an odor-free tomorrow. 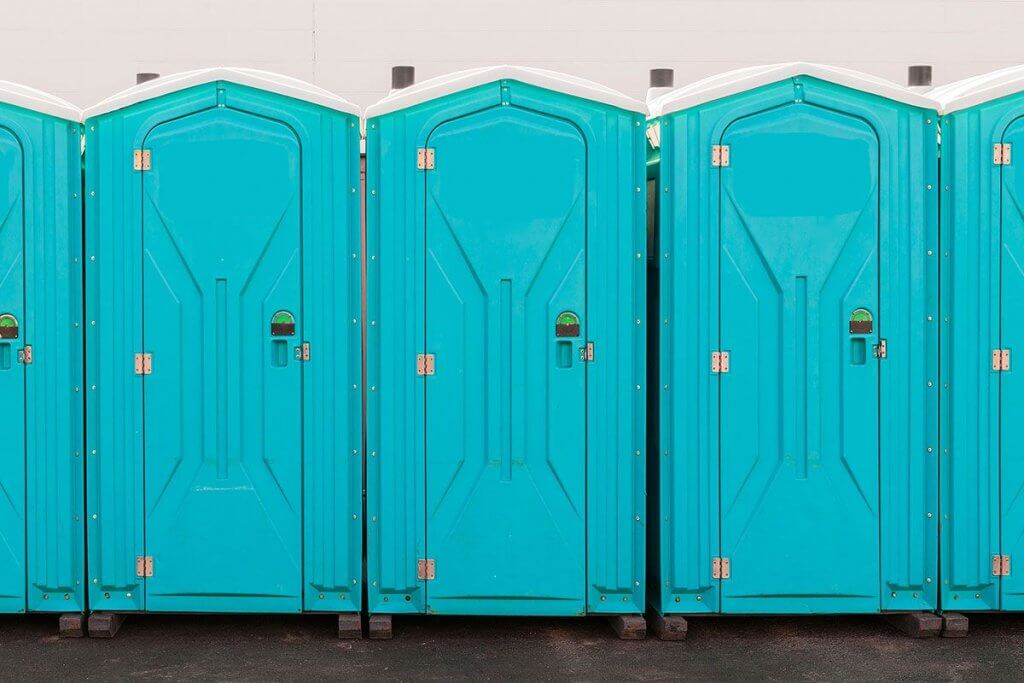 Continue Reading
We use cookies on our website to give you the most relevant experience by remembering your preferences and repeat visits. By clicking “Accept All”, you consent to the use of ALL the cookies. However, you may visit "Cookie Settings" to provide a controlled consent.
Cookie SettingsAccept All
Manage consent

This website uses cookies to improve your experience while you navigate through the website. Out of these, the cookies that are categorized as necessary are stored on your browser as they are essential for the working of basic functionalities of the website. We also use third-party cookies that help us analyze and understand how you use this website. These cookies will be stored in your browser only with your consent. You also have the option to opt-out of these cookies. But opting out of some of these cookies may affect your browsing experience.
Necessary Always Enabled
Necessary cookies are absolutely essential for the website to function properly. This category only includes cookies that ensures basic functionalities and security features of the website. These cookies do not store any personal information.
Non-necessary
Any cookies that may not be particularly necessary for the website to function and is used specifically to collect user personal data via analytics, ads, other embedded contents are termed as non-necessary cookies. It is mandatory to procure user consent prior to running these cookies on your website.
SAVE & ACCEPT