Become A Distributor
Of Our Products Throughout Europe

Fresh, odor free air is as much a universal language as love, particularly in the great, multi-lingual European Union. Our Surco distributorship business opportunity and the effectiveness of our products speak for themselves. Read more below, or contact us today for more information on how you, as a potential distributor of our products, can become a part of the Surco family.

FRESH AIR IS A UNIVERSAL LANGUAGE »

Surco, The Entrepreneur And The European Portable Restroom Industry

A Surco distributorship can provide prosperity, stability and promise to hard working entrepreneurs who take the time to do their homework. Understanding the products that are the life force behind our continuous success over the last seventy years is a large part of developing an effective selling technique. This is especially true of our company’s pride and joy, Metazene, which is a unique, scentless additive designed to annihilate malodors by destroying them at a molecular level. There is no more powerful odor neutralizer in the marketplace today and its power is backed by laboratory acumen and endless amount of on-site experience.

In continuous operation for seventy years, Surco management can well prepare any hard-working entrepreneur for any difficulties that might arise for a purveyor of their products. Our bond with distributors is firm and enduring, and no distributor stands alone when representing their top-of-the-line products. We are always seeking potential distributors or existing suppliers of other portable sanitation products to represent our environmental odor control strategies.

With maturity comes an elimination of the many risks that are usually associated with establishing a distributorship. These include: very low start-up and maintenance costs, no cumbersome licensing requirements and the reward of high-profit margins. Our products are the best found anywhere in the world and our solid reputation as an international leader in odor control solutions is certain to seep become integral to the approach of anyone representing them to portable toilet service companies and suppliers.

SEND US A MESSAGE »

Entrepreneurship and The European Union

Entrepreneurship is the cornerstone for continued European economic growth, as the increase in the number of commercial enterprises creates new companies, opens up new markets, and nurtures new skills. Small and Medium-sized Enterprises (SMES) comprise the most important sources of employment in the European Union (EU). No matter what language is spoken or wherever he or she may call home, the concept of entrepreneurship is the same. It is the ability to transform ideas into action. It requires specific skills that include: creativity, innovation, risk taking and the ability to plan and manage projects in order to achieve objectives. 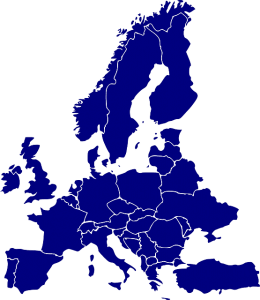 The goal of the European Commission is to encourage enterprising innovators to become entrepreneurs, which is accomplished by supporting entrepreneurship education, co-funding the exchange program, Erasmus, for young entrepreneurs, and managing support networks. This agency is focused on aiding females, family businesses, liberal professions, migrants and seniors to set up their own businesses.

According to a recent survey, only 37% of Europeans would like to be self-employed, compared to 51% of people in the US and China. Some of the challenges facing European entrepreneurship include: difficult access to funds and markets; problems arising from transferring businesses; the fear of ‘punitive’ sanctions in case of failure; and unwieldy, time-consuming administrative procedures.

The Portable Toilet Industry In Europe

Within the global market place, improper disposal of human waste ranks high among the most serious health problems.Desperate for innovation and fighting to keep their heads above water to control operating and capital costs, the European Union (EU) waste management industry, which is concentrated on portable toilets, has come under significant fire. This is due almost exclusively to formaldehyde, a toxic, carcinogenic chemicals, which is still in current use in many European portable toilets as well as other countries. Formaldehyde has already been banned for use in the EU and is on its way out in many other countries. All of our products are Formaldehyde-free.

The only exhibition in Europe specializing in the portable toilet industry is EUROTOI. The fact that within the mere span of only five years, this trade fair has become the largest and most important of its kind for manufacturers and suppliers of portable toilets and equipment reflects the rising need for portable sanitation and reliable products such as those manufactured by Surco, throughout the European continent. Established in Germany in 2009, nearly all the major manufacturers of portable toilets, toilet trailers, sanitary concentrates and equipment pertaining to the mobile toilet, presented their products and services. The event was so successful that exhibitors soon realized the selling power harnessed to such a venue.

This trade show has had enormous success and has been repeated every year since, growing bigger and better with each presentation. In the last few years, word has seeped across the globe, and visitors to the fair, which was once a totally European affair, now hail from every corner of the globe, reflecting the steady growth of the potable sanitation toilet industry and its many products.

A Short History of The European Toilet

As indicated by fossil remains uncovered in England, it is estimated that early man (Homo erectus) first appeared in Western Europe about 500,000 years ago. Some 230,000 years ago, Neanderthals arrived on the scene and although they prospered as hunters and gatherers for many thousands of years, they left little behind other than stone tools, skeletons and the bones of their animal prey. Modern man found his way throughout many parts of Europe, as archaeologists have uncovered traces of some of the earliest known self-supporting, circular hut dwellings, which were semi-sunken with stones or tusks supporting the superstructure.

The Neolithic Revolution (7,000 to 2000 BC) introduced village life, the cultivation of crops, breeding of livestock and according to Toilet Guru, the introduction, for some at least, of indoor toilets. One Neolithic settlement, Skara Brae, had a population of some 50 to 80 people. Located offthe northern coast of Scotland, it was discovered in 1850. Occupied from roughly 3100-2500 BC,this cluster of eight dwellings contain what archaeologists believe to be among the earliest examples of indoor plumbing and toilets.

The excavated palace of Knossos in ancient Crete (3000 to 100 BCE) revealed that the Minoan civilization developed a drainage and plumbing system that was the most developed in the ancient world until the advent of the Romans. Crete is the home of the world’s first flush toilet, which was a ground-floor latrine with an overhead water reservoir. It was for the elite classes only, and one can only imagine where others dared to go. Later, a fresco found at Pompeii depicting the Roman goddess, Fortuna, protects and warns users of the dangers of public latrines. Unfortunately, residents of Pompeii received no warning about the catastrophic eruption of Mt Vesuvius in 79 AD that destroyed most of its toilets and more importantly, nearly all of its latrine users!

We use cookies on our website to give you the most relevant experience by remembering your preferences and repeat visits. By clicking “Accept All”, you consent to the use of ALL the cookies. However, you may visit "Cookie Settings" to provide a controlled consent.
Cookie SettingsAccept All
Manage consent

This website uses cookies to improve your experience while you navigate through the website. Out of these, the cookies that are categorized as necessary are stored on your browser as they are essential for the working of basic functionalities of the website. We also use third-party cookies that help us analyze and understand how you use this website. These cookies will be stored in your browser only with your consent. You also have the option to opt-out of these cookies. But opting out of some of these cookies may affect your browsing experience.
Necessary Always Enabled
Necessary cookies are absolutely essential for the website to function properly. This category only includes cookies that ensures basic functionalities and security features of the website. These cookies do not store any personal information.
Non-necessary
Any cookies that may not be particularly necessary for the website to function and is used specifically to collect user personal data via analytics, ads, other embedded contents are termed as non-necessary cookies. It is mandatory to procure user consent prior to running these cookies on your website.
SAVE & ACCEPT